Well, it’s the first day of 2015 and that means it’s time to reflect on the last year and set some goals for the new one!

2014 was a year of significant professional growth for me. It was a lot of hard work, maybe more than I wanted to bear at some points, but I’m proud of my accomplishments and of the success of my efforts.

I gave my first conference talk ever… and then I gave 3 more… Of the eight conferences (an absurd amount) that I attended this year, I spoke at 4 of them: CodeMash, self.conference, WordCamp Chicago, and Open Source Bridge. Between these 4 events, I gave 2 talks: Surviving Support and Getting Sassy with CSS. Each of these occasions was an invigorating event and I look forward to continuing to speak in 2015!

I also started speaking at local tech events. Lightening talks for Vitamin T’s Digital Rendezvous and SEM.js, SassShops for GDI, and a whole new talk, that I think is my best yet, for SEM.js – Decoupling the Front-end through Modular CSS.

Ronda Bergman and I launched Girl Develop It in Ann Arbor and have seen huge success! Our launch party in June saw over 120 excited attendees, we hosted 23 events in the following 7 months, we’re approaching 600 Meetup members, and our lineup for 2015 is looking reallllly good.  I put what some might describe as a ridiculous amount of energy into this project, but as a pseudo-perfectionist with an attention to detail and an eye on the big picture, event organization has always been something that’s energized me right back.

My 1-year project at Articulate, E-Learning Heroes, launched with some of my best Sass & CSS work. Heroes front-end turned out to be a super successful – scalable and maintainable – but not really SMACSS, hybrid modular CSS system. The first day I was able to add a new page without writing a single line of new CSS was the best day ever. This project was also my opportunity to dig into Backbone.js, enjoy the simplicity of CoffeeScript, remember to double check the Haml indentation, play with responsive images and SVGs, and get back into a bit of a Ruby On Rails groove.

SlickQuiz continued to grow and has almost 40,000 downloads on WordPress. I was able to find the time for several major updates in 2014 and the project has definitely improved and become a bit more flexible.  I’m hoping for even more time to devote in 2015 and possibly for an entire rewrite!

My year was pretty much focused around those things, hanging out with a great group of friends, and doing a lot of yoga and new fitness adventures.  I bought a new car.  I performed as a backup dancer at a drag show.  Oh, and visiting Istanbul was awesome!

So, what does 2015 hold for me? I’ve been struggling with that question a bit myself. 2014 was a year of huge professional investments and it was frequently rather exhausting, but also extremely gratifying. 2015 will be the year of turning 30. So my internal monologue has been debating between higher ambitions or a year of relative relaxation and inward focus. I’m going with the latter.

I want to do a lot of yoga – I’m even considering yoga teacher training. 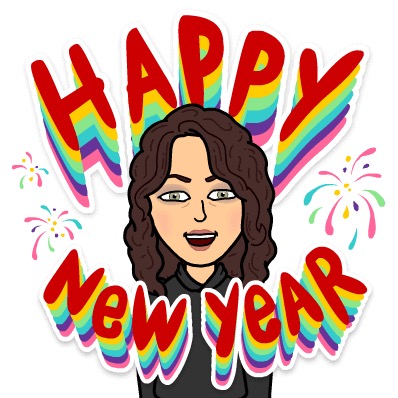 I want to plan more meals and do more cooking.

I want to read one book per month.

I want to plant a veggie garden.

I want to try and form a running habit.

I want to complete the Whole Life Challenge.

I want to take a real vacation.

I’m not giving up professionally. I’ll still be running GDI Ann Arbor, we’ll be doing even more events this year. I still want to do some conference speaking – I plan to focus on pedaling my Modular CSS talk, and would like to develop a new talk by year’s end. I’ll still be working on improving SlickQuiz…

But as my besties and I have declared, this is The Year. The Year that we’re going to do all the things we’ve always wanted to do, or were too afraid to do. This is The Year.